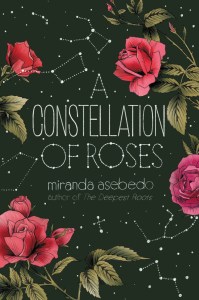 SYNOPSIS: Ever since her mother walked out, Trix McCabe has been determined to make it on her own. And with her near-magical gift for pulling valuables off unsuspecting strangers, Trix is confident she has what it takes to survive. Until she’s caught and given a choice: jail time, or go live with her long-lost family in the tiny town of Rocksaw, Kansas.

Trix doesn’t plan to stick around Rocksaw long, but there’s something special about her McCabe relatives that she is drawn to. Her aunt, Mia, bakes pies that seem to cure all ills. Her cousin, Ember, can tell a person’s deepest secret with the touch of a hand. And Trix’s great-aunt takes one look at Trix’s palm and tells her that if she doesn’t put down roots somewhere, she won’t have a future anywhere.

Before long, Trix feels like she might finally belong with this special group of women in this tiny town in Kansas. But when her past comes back to haunt her, she’ll have to decide whether to take a chance on this new life . . . or keep running from the one she’s always known.

With lovable and flawed characters, an evocative setting, and friendships to treasure, A Constellation of Roses is the perfect companion to Miranda Asebedo’s debut novel The Deepest Roots.

REVIEW: Man, this book REALLY gave me a craving for some baked good! The pies are obviously the main feature, but I would KILL for some of Mia’s muffins too! This book had a really fun premise where each of the women in this family have a special “gift”. It’s a nice touch of magical realism that weaves its way throughout the book. I liked that the atmosphere wasn’t too dark though it did get a little gritty at times.

Trix was a tough character for me–I didn’t always like her and I felt like she read people completely wrong about 75% of the time. I did, however, really like the rest of the McCabe women and I ended up really liking Trix’s relationship with each of them. I thought this book just had a really great cast of strong women.

A couple of minor plot holes for me…it seems like the McCabes would be really sick of pie at this point? I mean, they have it around all the time and they eat it repeatedly throughout the book. How are they not sick of it by now? Also, because of Ember’s ability, she shies away from everyone. But I wondered why she didn’t just wear gloves? Wouldn’t that keep her from learning everyone’s secrets? Anyway, overall I thought this book was good. I felt like it dealt with some tough topics in a really respectful way. The ending was expected and a tad HEA, but I still liked it.

Click on the banner above to be taken to the giveaway! 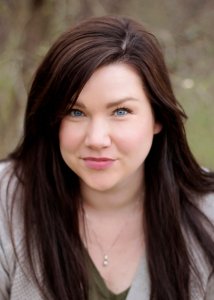 ABOUT THE AUTHOR: Miranda Asebedo was born and raised in rural Kansas with a love of fast cars, open skies, and books. She carried that love of books to college, where she got her B.A. and M.A. in English, with an emphasis in Creative Writing and Literature. A Seaton Fellowship recipient, her short fiction has appeared in Kansas Voices, Touchstone, and Midway Journal.

Miranda still lives on the prairie today with her husband, two kids, and two majestic bulldogs named Princess Jellybean and Captain Jack Wobbles. If Miranda’s not writing or reading, she’s most likely convinced everyone to load up in the family muscle car and hit the road.

Note: I received this book free from the author/blog tour in exchange for an honest review.

2 thoughts on “BLOG TOUR: A Constellation of Roses by Miranda Asebedo [GIVEAWAY]”