SYNOPSIS: Selah has waited her whole life for a happily ever after. As the only daughter of the leader of Potomac, she knows her duty is to find the perfect match, a partner who will help secure the future of her people. Now that day has finally come.

But after an excruciatingly public rejection from her closest childhood friend, Selah’s stepmother suggests an unthinkable solution: Selah must set sail across the Atlantic, where a series of potential suitors awaits—and if she doesn’t come home engaged, she shouldn’t come home at all.

From English castle gardens to the fjords of Norge, and under the eye of the dreaded Imperiya Yotne, Selah’s quest will be the journey of a lifetime. But her stepmother’s schemes aren’t the only secrets hiding belowdecks…and the stakes of her voyage may be higher than any happy ending. 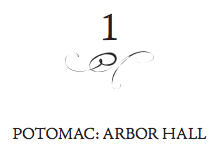 Once upon a time always began on nights like tonight.

Candles flickered in the trees that grew up through the marble floors of Arbor Hall, setting aglow the faces of the partygoers beneath them and the garlands of shattered glass sparkling in their intermingled branches. My heart beat like a hummingbird trapped between my breastbone and spine.

I ducked behind an old oak climbed over with ivy, hiding for a moment from the music and all the people, careful to avoid the gap carved around its trunk.

Tonight wasn’t truly a beginning. I’d loved Peter forever, even if I’d never told him so. Tonight was growth—a page turned. Tonight, I would reap from seeds I’d sown and tended half my life.

Tonight, I’d go to sleep with a ring on my finger and my future clear before me. Confident in the promise that tomorrow and the next day and the next would be happy days, always the same, always close to the ones I loved. Ready to do my duty by Potomac and take my place as its head someday, with someone strong and trustworthy at my side. Just as soon as Peter said yes.

I tugged an ivy vine loose with shaky fingers, looped it into a wreath, and pinned it over the loose ponytail I’d made of my curls.

My breath came fast at the thought, my knees practically knocking together.

Momma had told me the story of my birthday a hundred times. On the night I was born, she paced here in Arbor Hall beneath the trees, pleading with me to leave the safety of her womb and enter the world.

It was a wild, wonderful, magical place, she said. Back aching, ankles swollen, she walked through the forest sheltered beneath the hall’s marble dome and whispered stories to where I waited in her belly, as if to prove it to me.

The tale of the Beauty and the Beast, of the girl who rode off into danger to save her father. The story of the girl so kind to a fairy in disguise that her voice rained flowers and pearls all around her.

Through the years, Momma would tell me those stories again and again. Those, and so many more, as we sat in the shade of the trees outside or in the cool of this very hall.

I only wished she were here to see what would happen tonight.

A hundred couples in wreaths like mine and their finest clothes danced under the great Arbor at the center of the room. Hundreds more wove between dogwoods veiled in bridal white and river birches sloughing off their bark like old paper. Here and there I spotted people I knew. The designer who’d made my gown was radiant in her own, its pale pink silk looking soft as a rose petal against her gleaming dark skin as she danced with her husband, a well-to-do farmer. Nearby, a group of boys and girls I knew from school were laughing, faces flushed as they kept up with the music. Dr. Gold and Dr. Pugh, my father’s physicians, stood beneath a willow to one side of the room, debating something I couldn’t hear.

I took a long breath, squeezed the rosary in my pocket, and stepped out to join them all.

So many people—but of course I bumped into him. Into Peter.

Finding him in a crowd was inevitable, like everything else about us.

Peter flashed a tight grin as he regained his balance, steadying the laurel crown in his tight black curls and straightening his jacket. “Hi, Selah. You look nice.”

He didn’t look nice. With his skin glowing smooth and soft brown in the candlelight beneath the oak, dressed in tweed and smelling like springtime, he was so handsome I could hardly meet his eyes. My nerves flared, and I fought the urge to hide from him like a child.

We hadn’t exactly talked before Daddy extended the proposal, and I’d acted bright and busy and distracted when I’d run into him in the fortnight since.

I could never have told Peter outright how I felt.

Peter Janesley. Six feet tall, black, with curly hair and a strong nose and full lips. Shoulders that tended to round when he was thinking, his father’s light brown eyes, his mother’s careful hands. Peter, the boy who was brilliant at math and at sports and didn’t feel compelled to pretend he was bad at either. Who could’ve been friends with anyone, but who never made anyone feel invisible. When I was fourteen, I’d learned how to graft roses from his mother just to spend time at his house. The day Sister Elizabeth scolded me till I cried over an algebra test, he’d helped me at their kitchen table until I understood everything I’d gotten wrong.

“Perfect!” he’d said. “I knew you could get this.” He’d tapped the problems with his finger, a smile stretching wide beneath his broad cheekbones. I’d tried not to blush.

Peter was smart, and earnest, and kind. After we’d finished studying, he’d cut us both a piece of cake and we’d sat for half an hour on his porch, cross-legged opposite from one another in the rising twilight. Cicadas hummed and buzzed as the light melted off the facade of the Janesleys’ home and the abelias and roses brushing the porch rail.

Once, I made him laugh. Peter had rocked back, lovely fingers clasping his knees, mouth open to show the perfect gap in his teeth, and I’d wanted to trap the moment in a jar like a firefly.

After that, we were friends, and I clung to the fact like a trophy. After I made a perfect score on my next algebra test, he hugged me in front of everyone and ruffled my hair. “Knew you could do it,” he’d said, pointing at me as he backed away, making for his next class.

My feelings built themselves from a hundred little moments like these, rising like a castle in the distance, every humble stone growing into something I could already imagine. Into something on the horizon I’d eventually reach.

And here he was. My past and my future, standing right in front of me.

“Peter!” I blurted. “Ah—thank you. You look nice, too,” I added, remembering his compliment. He huffed a laugh and put his hands in his back pockets. The jacket strained a little over his shoulders. “How are you?”

Maybe if I said it enough, I’d believe I wasn’t shaking like a leaf.

I wanted to come out with it all—to blurt out exactly what I was thinking and feeling, to explain why he’d heard it all first through our parents and not from me, to see easy confidence in his eyes again. But somehow, I couldn’t say any of it.

Later, I thought. Once we were alone, with the public spectacle over, we’d talk. There would be nothing but the truth between us, and the future ahead.

The music quieted, and Arbor Hall’s doors swung open. Peter dropped his voice. “I need to go find my parents before it starts.” He raised his eyebrows, as if asking for my approval. I sent him away with a nod and a smile.

Soon enough, we’d have all the time in the world.

When I’m not reading or writing on my couch, I’m dragging my husband off on an adventure, communing with Salem (my kitten/spiritual familiar), or causing trouble at One More Page Books, where I work.

Note: I received this book free from the author/blog tour in exchange for an honest review.