Livy’s little sister Jenna had leukemia. After Jenna passes away Livy, her mother, and her father each choose to deal with it in their own way. Livy spends her spare time at the Seattle Children’s Hospital reading to the kids who are still there. Her mother makes herself busy with a re-election campaign. Her father stays in his office listening to Simon and Garfunkel. They’re each having a hard time dealing with this loss, but when Livy meets a mysterious boy named Meyer, she starts to feel happy again for the first time since Jenna. But he doesn’t always answer her questions and she doesn’t know if she can trust him–even though she desperately wants to. 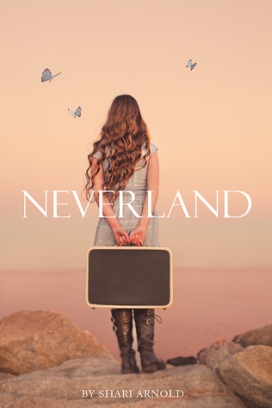 I’m from the Seattle area (as some of my lovely readers may already know) so I was looking forward to reading a book set near my hometown. The premise of the book was interesting. I usually steer away from books dealing with loss because–I’ll be honest–I just don’t like being/feeling sad. After reading this book, though, I do recognize that there’s something cathartic about reading about that kind of loss. You feel the same things that the characters feel, but it’s not as devastating as it would be if it actually happened to you.

I’m really sad to say that’s about the only thing I liked though. Livy was an okay character, but she seemed really weak to me (and not just because she’s mourning her sister). She just seemed to have a weak mind. Meyer and Sheila could get her to do basically anything that they wanted and she could never stand up to them for long. That’s something that really bothers me about some characters (girl characters in particular). It’s just like…stick to your guns! You know? If you don’t want to do something, just tell them you don’t want to and then DON’T DO IT.

On the other hand, most of my issues are centered in Part 1 of the book. I liked both Parts 2 and 3 much better. The writing seems to come more alive and the characters and plot are more interesting.

Overall, I’d say it’s just an okay book but I wouldn’t be surprised to find that some people just love it. I’m willing to admit that this book could just not be my thing. Readers should be aware that while the book is fairly light in tone, it does deal with some heavier issues such as death and managing loss. If you’re still interested in reading this book then head on over to this link to pre-order before it comes out on April 7th.

One thought on “Neverland by Shari Arnold [ARC]”